A support organization may want to see if it might be able to improve the initial service instance selection for its requests.  To facilitate this, it would be helpful to have a report that includes all affected SLAs that were later found to be unrelated to the request.  This report is now available in the ‘Reports’ section of the Analytics console.  It is called ‘Affected SLAs No Longer Affected’. 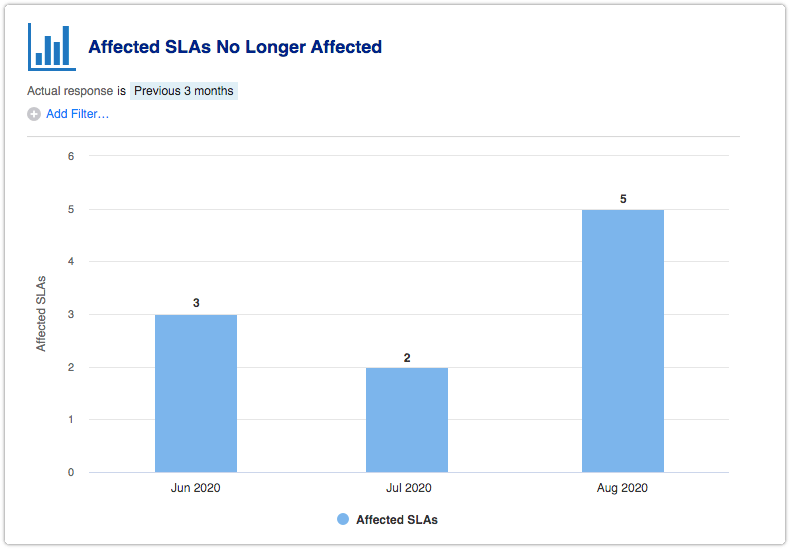