In the past, it was possible to see which automation rules were added to a request or task by expanding its ‘Automation Rules’ section. But just like their Audit Trail, people will mostly use this information when something happened that they did not expect. 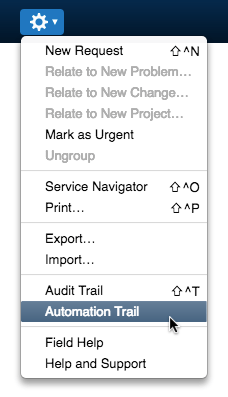 This leaves the interface a little cleaner for people’s day-to-day interactions with 4me records.