In addition to the earned value charts that have been added to the baseline, there are two more charts available now to help project managers track the progress of their projects.  These other charts are the Burndown and Burnup charts.  Like the earned value charts, they can also be accessed by from the ‘Baseline‘ section of a project by clicking on the hyperlinked name of the baseline.

The burndown chart shows the project manager how much work still needs to be done to complete the project. 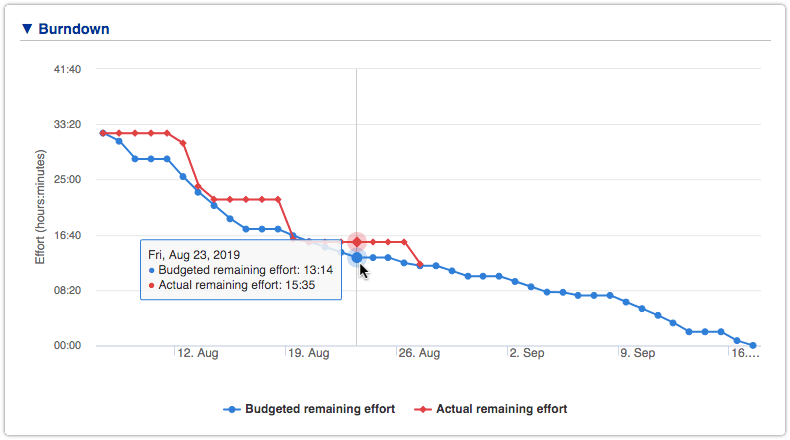 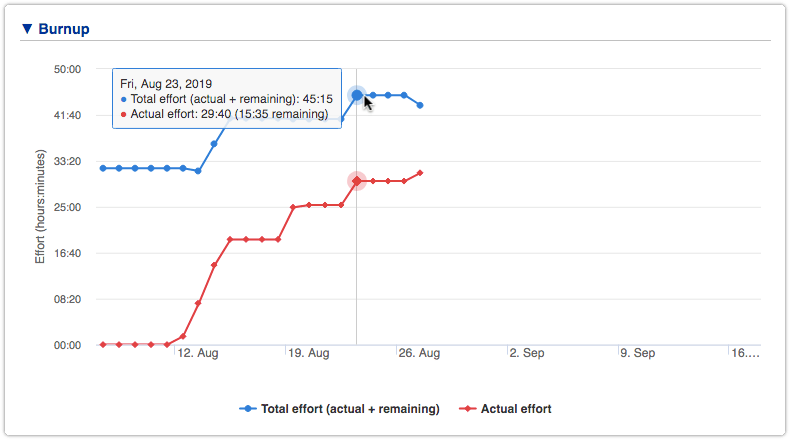 These charts have been added because they are often used in agile software development projects with methodologies such as Scrum.