Two new SLA reports have been added to the ‘Reports’ section of the Analytics console.  The first is the ‘Current SLA Targets’ report.  It shows the number of affected SLAs of the support organization that still have a response target, a resolution target or a desired completion that needs to be met. 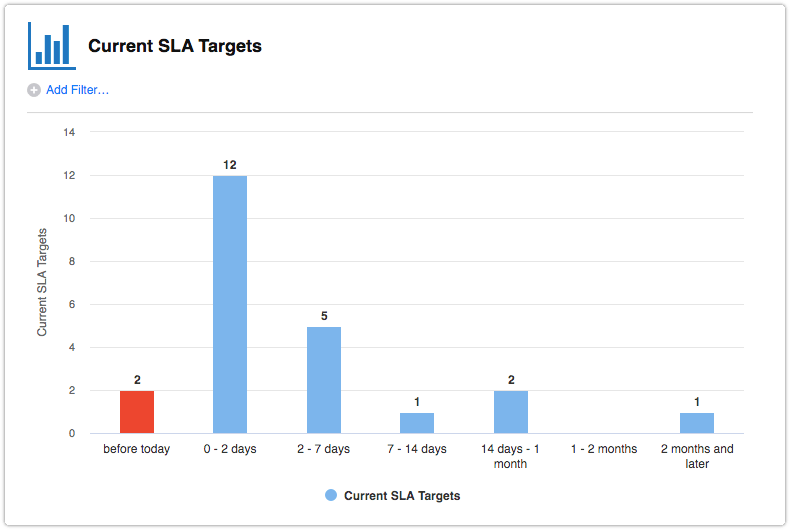 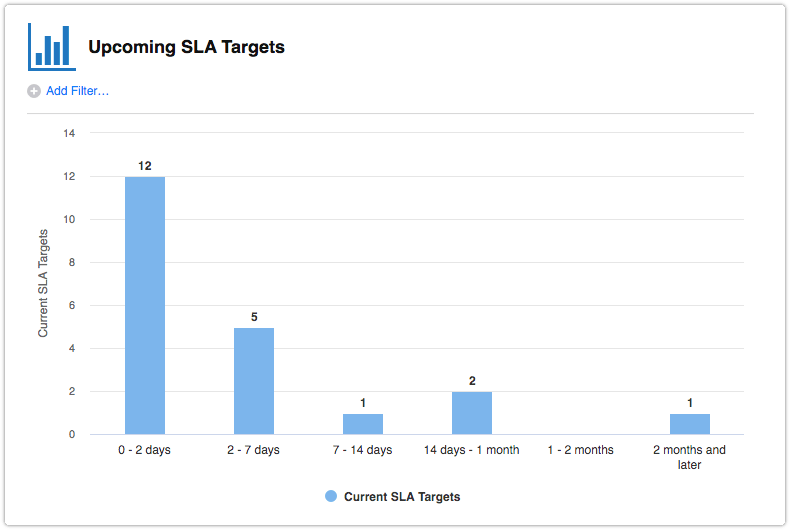 These reports can be added to dashboards to help support organizations predict when they are in danger of no longer being able to meet all their SLA targets.