A few releases ago, it became possible to use the UI extension functionality to add custom suggest fields in which multiple values can be selected.  The automation rules now provide the ability to not only retrieve the IDs of all records selected in such custom fields, but also to convert these IDs to actual records so they can be used in automated actions.  This can be done using the following expression:

For example, let’s take a request that has a UI extension with a suggest field in which multiple people are selected. 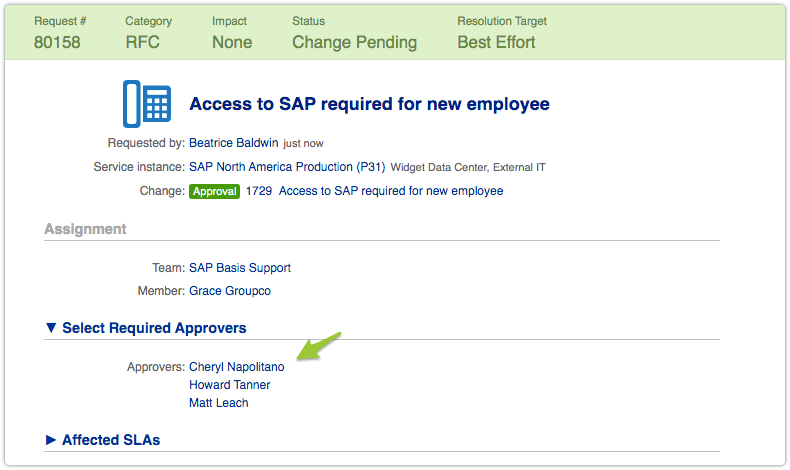 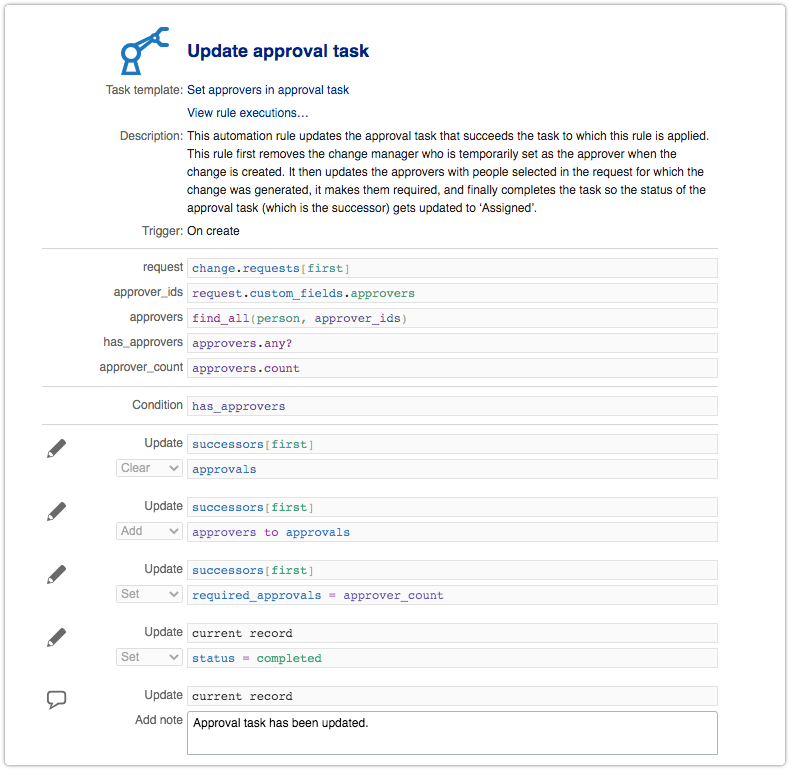 When the automation rule has done its job, the approvers will see the updates in the approval task when they open it. 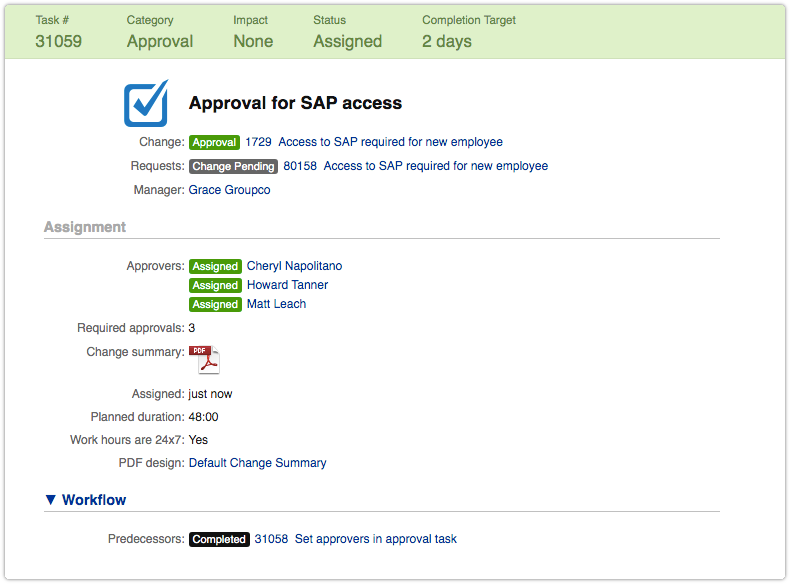 Note that the following expression was already available for retrieving the record from a custom field in which only a single record can be selected: