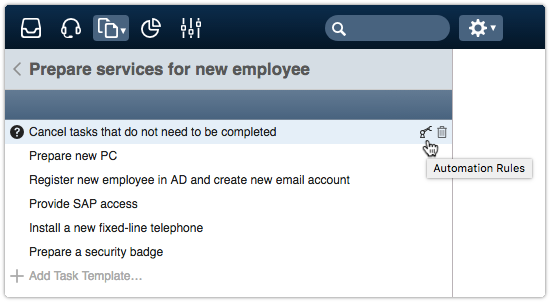 Let’s use the above change template as an example to explain more about the Automation Rules functionality. This change template is used to prepare everything that is needed when a new employee joins the organization. Its workflow looks as follows:

Note that the little Automation Rules icon indicates that the first task includes one or more automation rules. When you click on this icon you can review these rules. In this example four rules have been defined: 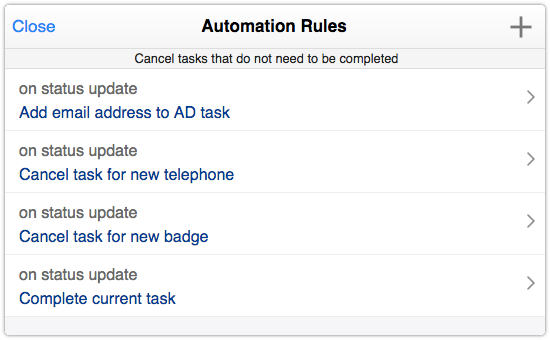 In the screen above, the order in which the rules are executed can be adjusted by dragging them up or down. When you click on one of the four rules, you are able to see what this rule does. And if you have the Account Designer or Account Administrator role, you can update or delete this rule. The first rule uses information from a UI extension: 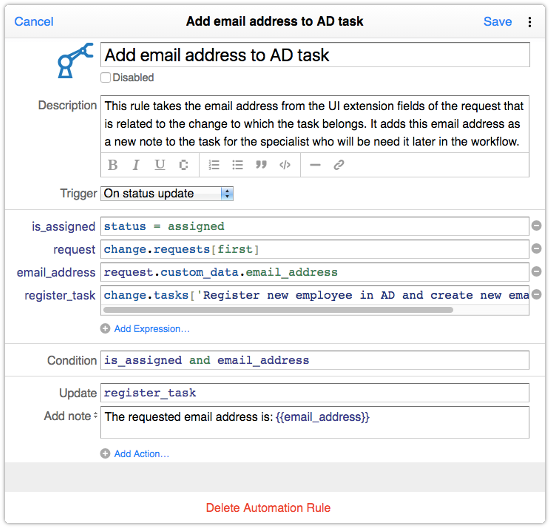 The second rule also uses data from this UI extension. It uses this data to determine whether a task is needed for a specific change: 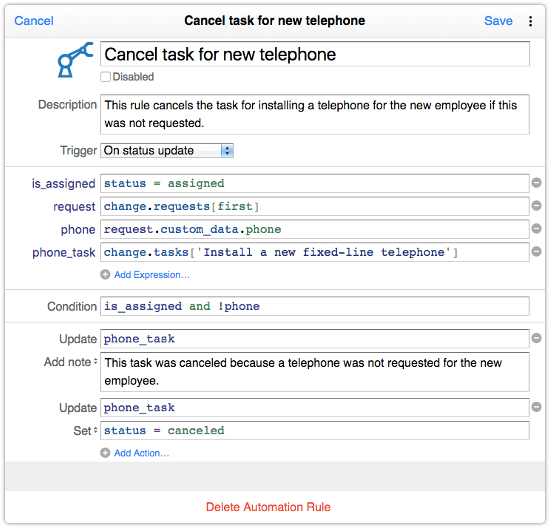 When these rules are triggered for an actual change that was created based on this template, you can see which rules were executed by opening the task, clicking on the Actions button in the toolbar and selecting the ‘Automation Trail’ option from the Actions menu:

Clicking on one of these rule executions opens a graphical representation of the automation trace which shows the actions that were executed. The blue one is the rule execution that was selected from the task. 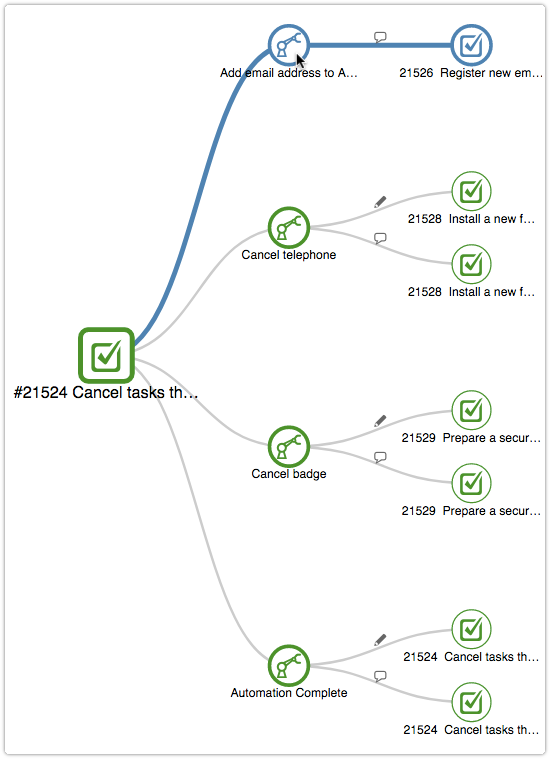 In the automation trace it is possible to click on an automation rule to see how it was processed: 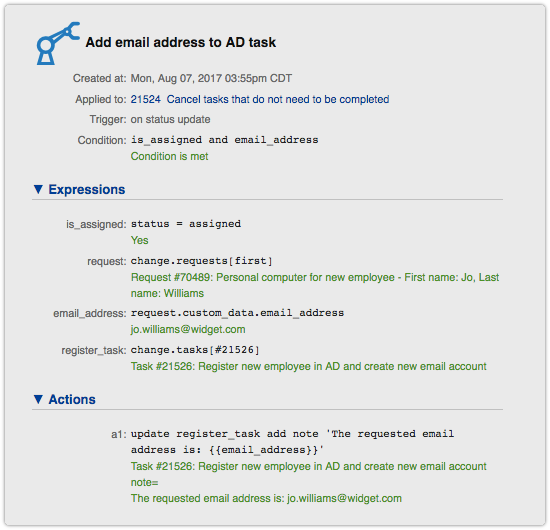