To accommodate this, 4me now allows every specialist to let their organization’s major incident managers know that a top-impact incident should probably be treated as a major incident.  Specialists can click on the Actions button in the toolbar and select the option ‘Propose as Major Incident’ from the menu.  This option is available only if the impact of the request is ‘Top – Service Down for Several Users’ and at least one major incident manager has been selected in the organization’s first line support agreement (more about this later).

Selecting the ‘Propose as Major Incident’ option causes a dialog to pop up that gives the specialist the ability to enter a note.  By default, this will be an internal note.  The note field is not required.  Because the Note field is not required, the specialist, who is probably under a lot of pressure when there is a major incident, does not need to spend any time formulating a proper message for the major incident managers.

Notice that the name of the 4me account in which the request will become a proposed major incident is specified in the header above the Note field.  That is also the account which specialists will be able to see the internal note if one is added. 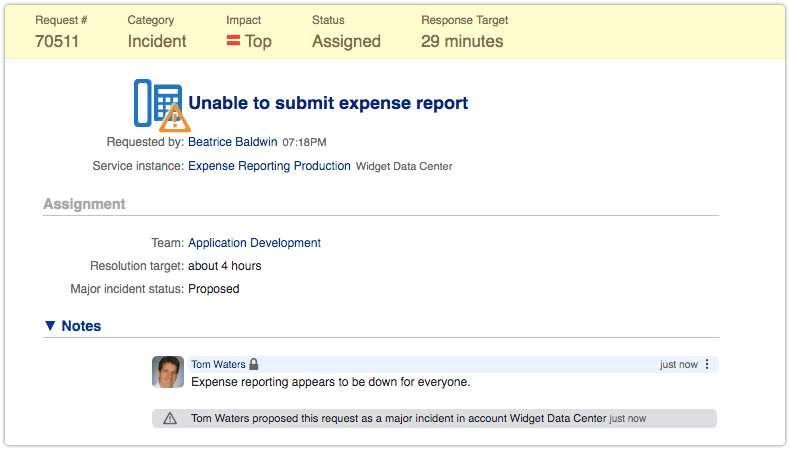 The major incident status options are:

To ensure that the steps of the support organization’s major incident management process are followed, it is possible to define automation rules that are triggered by major incident status updates. 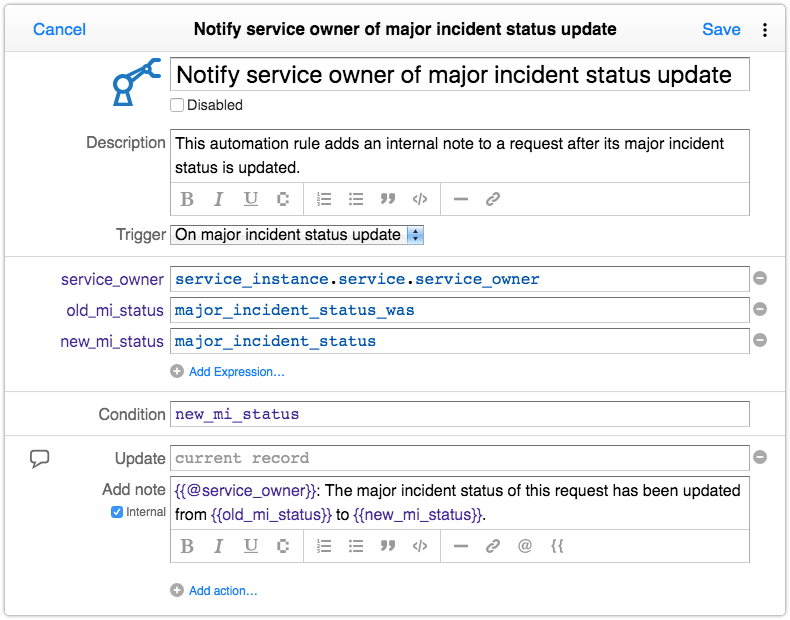 Many more automation rules will probably be needed, for example, to ensure that the affected user community receives an update every 30 minutes, or to remind the problem manager of the service to conduct a root cause analysis after the major incident status has been set to ‘Resolved’.

To ensure that major incidents get the attention they deserve, they are always presented at the top of the Inbox views: