This used to be calculated as follows: 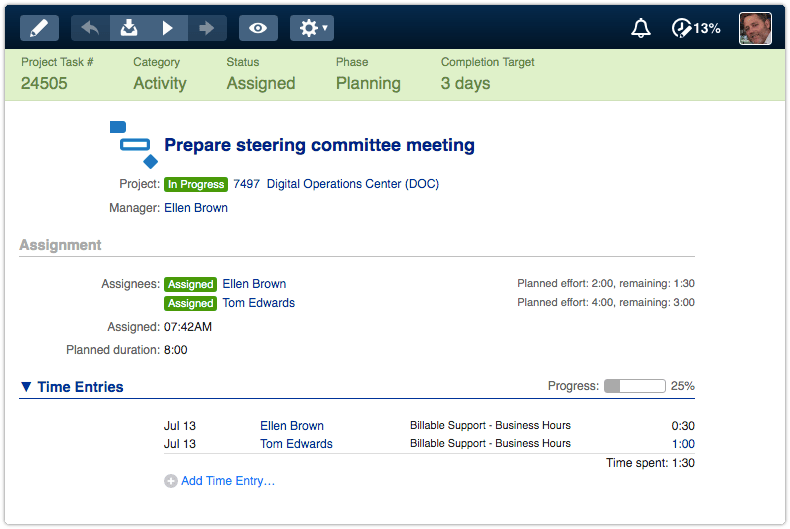 But when an assignee sees that it is going to take significantly longer to complete a project task than originally planned, this could not be reflected in the progress bar of the task. To make this possible, the assignees now have the ability to specify the amount of time they still expect to spend on the task in the new Remaining effort field.

The value in the Remaining effort field of each assignee is now used to calculate the progress of a project task as follows: 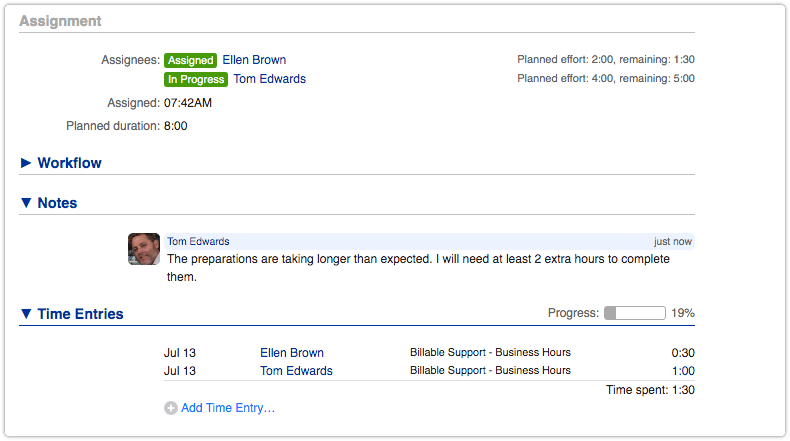 It is important to note that only the time entries and remaining effort of internal people are considered for the progress calculations. Internal people are defined here as the people who are registered in the 4me account in which the project is registered or its directory account. The project manager is not allowed to see the time spent by people who are registered in another 4me account (e.g. the account of an external provider).