Two special reports have been added to the ‘Reports’ section of the Analytics console.  These reports are intended to provide organizations the ability to quickly find the changes that are likely to go, or have already gone, over their budgeted effort.

These new reports are called: 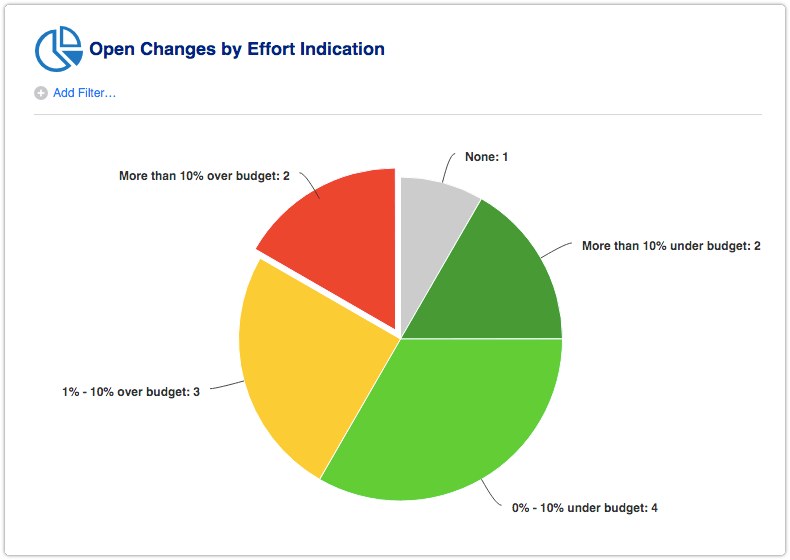 To make it possible to look up the changes by request ID rather than change ID, the ID of the first request that is linked to the change is also included in the drilldown views.  With the option ‘Show Underlying Data‘ from the Actions menu that is available above the report, it is possible to retrieve a complete list of all changes.

But it is likely that people will be most interested in the slice that is ‘More than 10% over budget’.  Clicking on this slice of the pie chart opens a view that only lists the changes on which people are expected to spent at least 10% more time than originally planned.

When a change is selected, the change record will show the planned, actual and remaining effort.  This is information was not available in a change before. 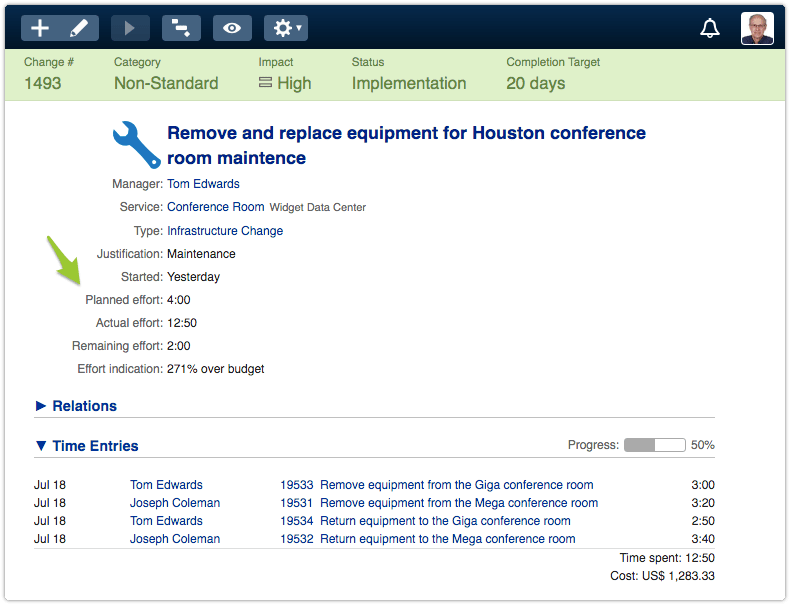 Like the ‘Open Changes by Effort Indication’ report, this information was added to help change managers identify changes that are taking significantly more time than expected, preferably early on in the implementation so that there is still room to correct things.  Being able to identify changes that are going over budget is especially important for external providers, because they may not be in a position to invoice their customers for more than the planned effort.