Service desk analysts who work for very large enterprises have reported that it is sometimes difficult to know who to select when someone with a common name calls the service desk. In such cases, the list of suggestions for the Requester field does not always provide enough detail to uniquely identify the caller, especially if there is another person with the same name working in the same department.
By clicking on one of the suggestions while holding down the Ctrl key, it was already possible to open the person record in a separate browser tab, but that was still a little cumbersome.
To make this easier, and more importantly, to minimize mistakes, it has now become possible to see the details of a suggested person by clicking on the small information icon that becomes visible when the mouse cursor hovers over one of the suggestions. 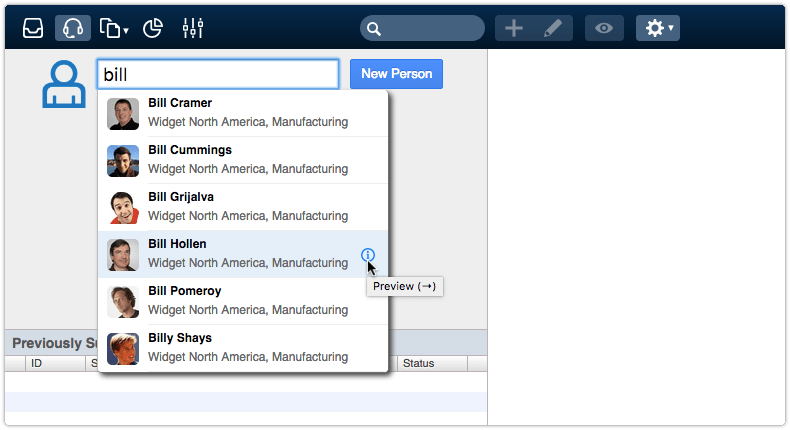 Instead of using the mouse, service desk analysts may prefer to use only their keyboard. Pressing the down arrow key allows an analyst to move down the list of suggested people. A preview with the person’s details can be opened by pressing the right arrow key. Pressing the left arrow key closes the preview and allows the up and down arrow keys to be used to highlight another suggestion. 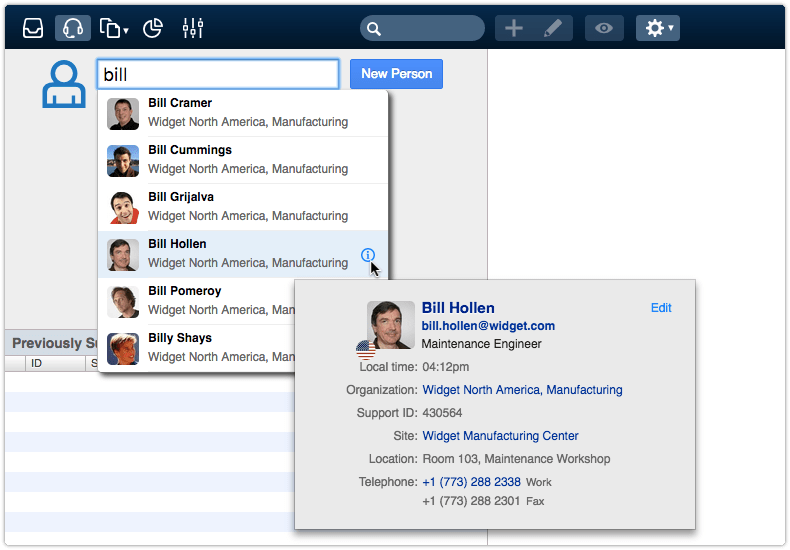 The preview also shows the custom fields when the support organization has used the UI Extension functionality to add more fields to its Person form.
When two people with the same name are suggested, the information icon is presented even when the mouse cursor is not hovering over them. That should tell the analyst to be extra carful when selecting one of those people. In such cases, the color of the icon also changes to red. 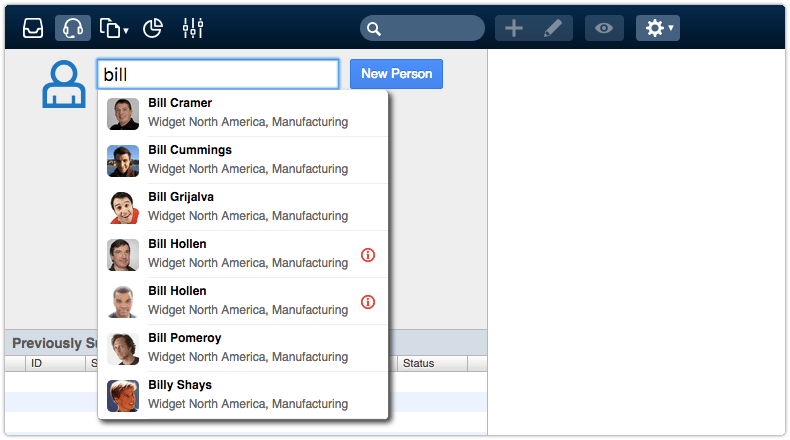 This ability to open a preview from a list of person suggestions is now available throughout the 4me service. So a preview can be pulled up when people are being selected in an SLA, when a mention is being added in a Note field, or when an end user is selecting someone else on whose behalf a new request needs to be submitted. 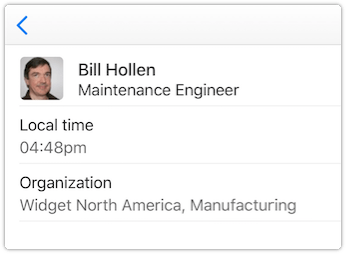 In Self Service, however, people with the End User or Key Contact role are allowed to see only the following information of a person records in the preview: