There are some date range filters for which it makes sense to specify a date range in the future.  Think for example of the ‘Completion target’ filter for change views, or the ‘Expiry date’ filter for SLA reports.  Or think of custom date fields of UI extensions that have been configured to be filterable.

To make it easy to set a date range in the future a whole set of ‘Quick Ranges‘ has been added.  These quick ranges are especially useful in dashboards, because the date ranges in dashboards should be relative to the current date. 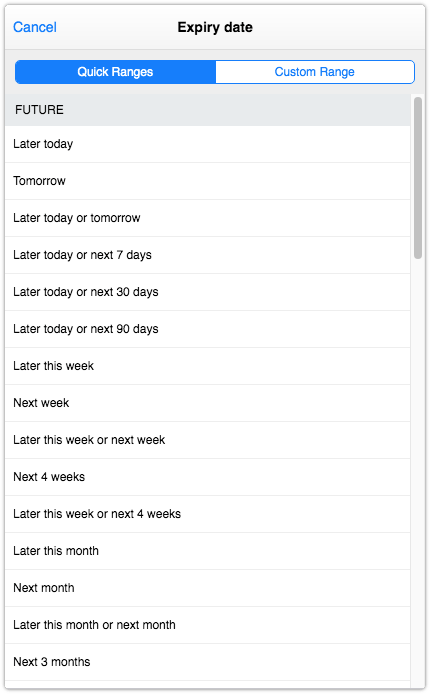 In addition, because the new interval option ‘Quarter‘ is now available, a few more quick ranges were added that look back into the past.  These new ‘past’ quick ranges are: