4me already offered managers some reports to keep an eye on the expiration dates of first line support agreements (FLSAs), SLAs and contracts.  These reports can be found in the Analytics console under these names:

But software license certificates can also have expiry dates. And it may be useful to have a report that shows which configuration items (CIs) are coming off of warranty.  That is why the following two reports have been added: 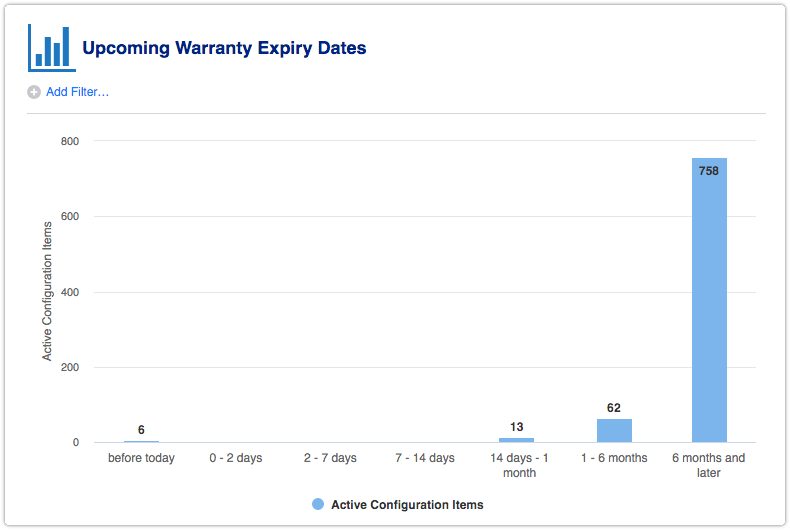 Only active configuration items are included in these reports.  These are the CIs that have a status other than ‘Archived’, ‘To Be Removed’, ‘Lost or Stolen’ or ‘Removed’.

Because it may be useful to see which software license certificates have expired but are still in use, the ‘Upcoming License Expiry Dates’ report shows these certificates in the first bar on the left side.  Likewise, the first bar of the ‘Upcoming Warranty Expiry Dates’ report shows the active CIs which warranty has already expired.