The minimum planned effort for the completion of a task that is part of a change or project was one minute.  But because more and more tasks are executed automatically, it is now possible to set the Planned effort fields to zero (or 00:00).

Setting the planned effort of an approval task to zero may also be useful in cases where the approval needs to be provided by a customer whose effort should not be considered when estimating the total effort for a change or project. 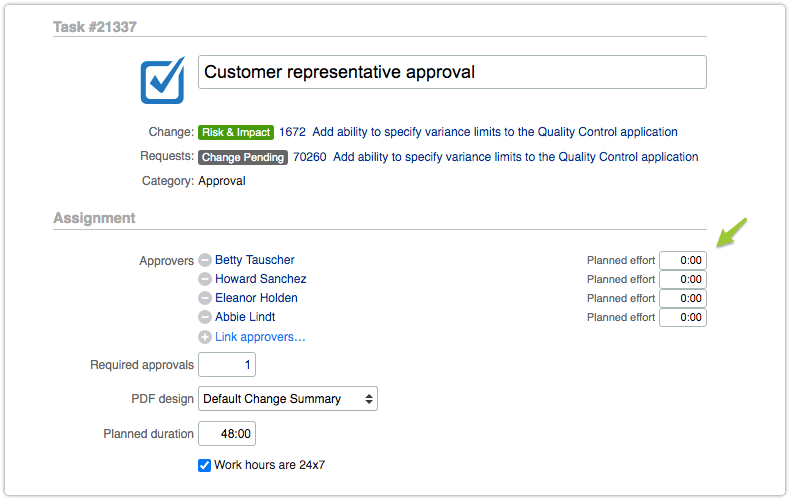